PROFILE OF THE DIOCESE

The Diocese of Pretoria is made up of 29 Parishes, 16 Chapelries and 80 Mission Districts.  It has 10 Deacons, 65 Priests and the Diocesan Bishop.  Together it is our mission to pray and worship, to proclaim the Gospel, and to promote justice, peace, and love, and we do all of this in a variety of ways.

We are a Diocese in the Capital City of the Republic of South Africa with pastoral units ranging from small rural congregations to large township and suburban ones, with liturgical styles that embrace semi-evangelical, semi-charismatic to high Anglo-Catholic forms of worship.  The main liturgical style in the Diocese is Anglo-Catholic – albeit moderate in a number of instances.  The spaces we worship in, value and maintain diversity, as well as shared spaces.  Our Church buildings range from mid-century to modern buildings, and form part of the historic landmarks that one finds, especially in the city area. Some of our parishes are financially challenged, others can rightly be described as financially blessed, and there are many variations in between.

The members of our congregations represent the entire spectrum of the diverse South African population, regularly holding services in a number of official South African languages which include Setswana as the predominant language with the Diocese, Sepedi, isiZulu, English, Afrikaans and isiXhosa.

Our parishes in the townships are predominantly, if not wholly, black and our parishes in the suburbs have mixed demographics of black and white people.  The composition of the membership of our parishes was to a large extent determined and premised on historic apartheid spatial planning that saw black people relegated to the townships and white people living in the suburbs of Pretoria.  The dawn of democracy in South Africa has seen changes in the residential patterns of the country, least of all in the Diocese, and this has resulted in the current cultural and racial mix in our parishes, especially those in suburbia.  Today, no parish can be said to be a black parish or a white parish as any Anglican can choose to become a parishioner of any parish within the Diocese no matter its geographic location.

In addition to the above Anglican schools, the following institutions of higher learning also form part of the extra-parochial chaplaincies of the Diocese:

It meets four times a year (quarterly) and is chaired by the Bishop.  Other leadership structures of the Diocese are:

We are Hopeful about the Next Generations

The Church in the Diocese of Pretoria is not facing a crisis in respect of its appeal to the youth and young adults, generally, and there is no anxiety about the average age of Anglicans in most parts of the Diocese.  In some of our suburban parishes attention must be paid to the seemingly decreasing numbers of the youth and young adults in our pews and innovative means are being employed in some suburban parishes to curb this concerning pattern.  Some of the means employed to keep the youth engaged are that youth pastors have been appointed to care for the needs of the youth and in some instances separate services are held to bring a much more youthful perspective to Anglican worship.

The Diocese of Pretoria is all inclusive and is aware that it needs to be forward looking in its development of the Church and future Anglicans and as such the Children’s Ministry Department was established to cater for the special needs of young Anglicans within the Diocese.  This department trains teachers and has a syllabus that is specially created for those in Sunday school, pre-confirmation class as well as confirmation class.  The basis for proper orientation of young Anglicans within our Diocese is set and although execution can be a challenge at times, this department has proved itself to be a success.

We have reason to be optimistic about the spiritual and religious life of the next generations of Anglicans within our Diocese, and are committed to our ministry among them.  Ours is a deep seated conviction that all of the ministries within the Church is to bring all people into an intimate relationship with God and to nurture and create space for a true experience of and encounter with Jesus.

Much work still needs to be done in respect of the development of young Anglicans within the Diocese and financial resources need to be channeled to the Children’s Ministry Department to ensure that its work is revitalized.

Mission in the Diocese

It is a non-profit, Public Benefit Organisation of the Diocese which focuses on mission and community development.  Established in 1939 it has now become the flagship mission and development programme of the Diocese and its work is central to the life of the Diocese.  It runs many projects that are related to improving and promoting self-sustainable quality of life through the fostering of self-respect, self-discipline and learning among all, especially the young, needy and vulnerable to overcome hunger, poverty and unemployment.  The projects that are run by Tumelong Mission focus on:

HIV, sanitation, hunger and gender related issues, amongst others, remain priorities of Tumelong Mission, particularly in those areas that are remote and often not reached by government services.  The monetary support of Tumelong Mission comes through donations from the parishes throughout the Diocese as well as donations from companies and South Africans who care about the work done by Tumelong Mission.  Grants from the Departments of Health and Social Development come in handy to add to what the National Lottery also provides from time to time.

The Bishop of the Diocese is the patron of Tumelong Mission and is instrumental in promoting it and participating in its projects.

It is a unique, tranquil residential care facility providing life-long care to ladies with mental disabilities.  Residents, approximately 83 in total, are housed in residential ‘home from home’ houses, being cared for by qualified nursing staff and house-mothers.  Some of the residents are orphans and have been abandoned not only financially but in support and care by their families.  The ladies are stimulated in activities carried out in the contracts workshop, creativity workshop, knitting and sewing workshop as well as a weaving workshop.  In these workshops each person is evaluated and given tasks suitable to their individual mental and physical capabilities.  Therapy of this nature creates self-worth, self-advocacy and dignity in our society.

Without the facility that Irene Homes offers, these residents would find life awkward, unpleasant and most probably unmanageable because of their intellectual disability that makes life threatening for them to compete in today’s demanding society. This institution belongs to the Diocese and is represented at DSC.

Please see the discussion, above, under the heading “We are Hopeful about the Next Generations“.  The Children’s Ministry is a department of the Diocese and is represented at DSC.

This department has as its goal, equipping and developing men and women of the Diocese in order for them to begin ministry which may stimulate and enable the Church to participate more fully in the mission of God in the world.  The department is also responsible for running the Discernment Conference which assesses the readiness of the men and women to enter into Holy Orders.  Those who have concluded their theological studies and have a sound theological formation are invited to the conference which looks into a number of areas which, inter alia, include vocation, ministry in the Anglican Church, leadership and collaboration, spirituality-liturgy-worship, relationships and pastoral skill as well as mission and evangelism. Training for Ministries is a department of the Diocese and is represented at DSC. 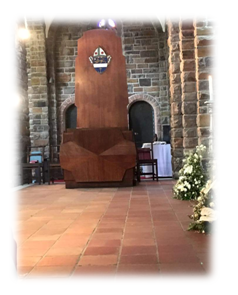 Multiplication of the Diocese

A call has been made, throughout the Diocese, for contributions – that will be handed over to the new diocese once it has been formed.  A Rural Dean has also been appointed to focus the attention of the congregants, in the area where the envisaged new diocese will be located, on the goal of establishing this new diocese as well as leading the on-going conversation around this new creation.

The following organisations function and are recognised in the Diocese:

The Diocesan office manages a budget of ZAR 15 million, for 2015.

The annual assessment budget pays the salaries of the staff and it also funds the payment of stipends to full-time clergy.

It is held in the last quarter of every year, meets to discuss all matters pertaining to the budget of the Diocese and to consider financial implications that inform the work of mission and ministry in parishes throughout the Diocese.  The said conference is made up of church wardens and rectors of respective parishes of the Diocese and ensures transparency in the decision-making processes relating to finances within the Diocese.

We have great confidence in the financial affairs of the Diocese and believe that they have been, and are still, competently managed and capable of meeting the needs of the Diocese in 2016 and the years going forward.

The parishes in the Diocese, both large and small, have diverse financial standing, over 97% of them are in a good financial position.  For those parishes that are not performing well financially, the Diocese is deeply in conversation with them to support their needs and to move them towards a renewed state of financial stability that will put them in a position to effectively proclaim the Gospel. 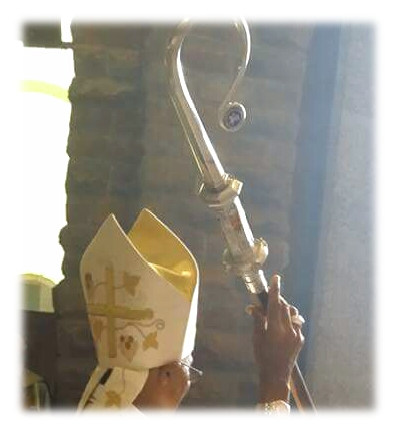